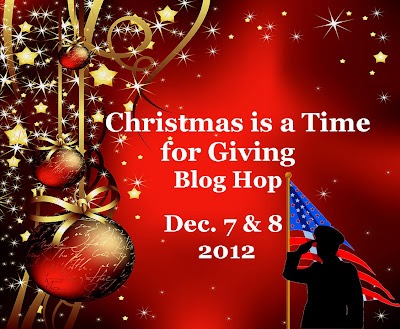 THANK YOU, for stopping by. I have rounded my donation up to $50.00. Winners of books are: Jeanine McAdam, Kelsey Summer, Cindy Christiansen, Amber Dane and Angela Quarles. Please email me at sunnydaysbook@gmail.com with your choice of format: Kindle, Nook or PDF. Thank you all for entering and leaving comments. Following is the return email I received from Wounded Warriors for my donation:
We want to thank you for your generous donation to Wounded Warrior Project®. Your gift enables us to provide comfort and aid to injured service members and their families.
Please help us spread the word about injured warriors’ needs and encourage your friends to learn more about Wounded Warrior Project by sending an email or posting on Facebook and Twitter.
Thank you again for your gift. This is a summary of the information that you provided.
Your Information
Name: Jean Joachim
Email: sunnydaysbook@gmail.com
Payment Information
Payment ID: 841424
Payment Type: CREDIT
Payment Date: 12/9/2012 5:30:55 PM EST
Donation Amount: $50.00

Christmas and Hanukkah are times for giving. To say THANK YOU to all our military personnel who serve so bravely, I am pledging one dollar to Wounded Warriors for each comment up to $100. Come on, let's get the comments rolling so we can raise money to help those who have given up so much in service to their country. You can also win a free book. Scroll down for details. 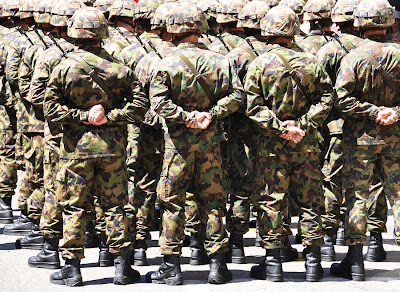 PTSD is an issue confronted in two of my books. Here are two excerpts pertaining to that lingering side effect of service. 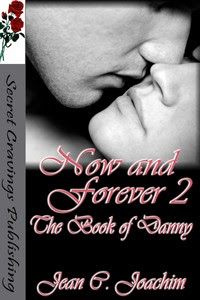 I'll give a copy of either of my two military romances to five lucky commenters chosen at random, their choice. So leave your email address on your comment.

The first is NOW AND FOREVER, THE BOOK OF DANNY.
After three years, Captain Danny Maine reconnected with Callie Richards, his dead brother's fiancee.   Callie was the sister he never had. This is their conversation:
“Why the military? After Kyle’s death…” Callie asked.
“I had a plan…a mission. I went there to kill the people who killed Kyle.”
“How could you know…?”
“All the snipers, suicide bombers, terrorists…they all killed him,” Danny said, clenching his fist.
“Did you get them?” she asked him, gently, putting her hand on his shoulder.
“You’re damn right I did. I killed them all…those bastards. Every time we went on patrol and came across the enemy, I was the first one there with my rifle. I’m a crack shot, a sniper, a detonator, an executioner. I shot them, I blew them up. I splattered their blood all over the Middle East,” he said, heatedly, his face growing red and a vein in his arm bulging as his fist closed tighter.

Callie saw the pain and fury on Danny’s face. She hardly recognized the new Danny. Where was the intellectual scholar Callie knew? An enraged, vengeful man faced her, clearly injured on the inside. Her friend never found respite from the pain of losing Kyle. Callie placed gentle hands on Danny’s shoulders.
“Only you could understand,” he said as he put his arms around her, laid his head on hers and wept uncontrollably. Callie held him, hugging him to her, as if she could squeeze the rage out of his body. 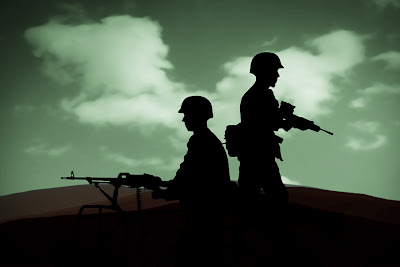 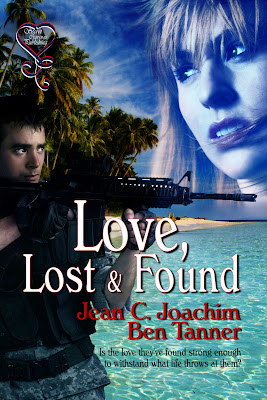 Sgt. Mick Peterson is on a date with Tara. Walking in the moonlight, he starts explaining what his medals are for. Then he opens up about this horrifying experience: awards and decorations. Ben wrote this scene and it always moves me to tears.
"Won’t bore you with details on all of them, only a few. This first one, the Blue/white/red/white/blue one is The Silver Star. I received it in Fallujah. We were clearing houses of insurgents and terror suspects when we were ambushed at a two-story house along the primary north-south road in Fallujah.”
He paused for a ragged breath, almost a sigh. Tara rested her hand on his forearm for a moment.
“I dropped back into the courtyard, with gunfire spraying out of the house and from across the street. I was struck in the hip by shrapnel from two grenades that had been rolled through the front door.
My squad moved away from the courtyard, headed for the street. They continued firing on the house, I was the last to emerge. That's when my leg gave out on me, and I dropped. I huddled into a position alongside three wounded comrades in the middle of the road as multiple rounds flew all around us”
His eyes watered as he paused before continuing. She tightened her grip.
“I kept firing my weapon, just shooting, waiting to get hit. I'd pretty much figured it was all over. I kept firing but I didn't think I’d make it. When my ammunition was exhausted, I grabbed magazines from the wounded and managed to protect the position until another Bradley fighting vehicle arrived on the scene. I helped load the most seriously injured soldiers before letting them take me.”
He moved away from her, put his face in his hands…tears flowing freely, and said, almost inaudibly, “Crawford, Matthis, Chambers, and Blake…all…gone.”
She moved to him, opening her arms, gathering him in. He rested his head on hers, closing his arms around her shoulders. They stood together in silence. The breeze picked up, cooling the air, and the rustling of the palm leaves covered the sound of his soft shuddering sigh. 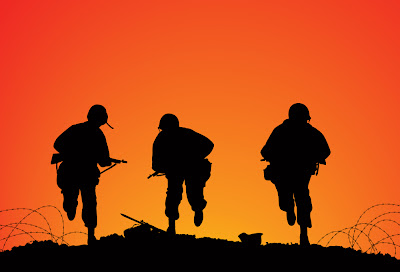 DON'T FORGET TO LEAVE A COMMENT AND INCLUDE YOUR EMAIL ADDRESS. THANK YOU FOR VISITING AND HELPING TO RAISE MONEY FOR SUCH A WORTHY CAUSE. WINNERS WILL BE POSTED SUNDAY MORNING.
CLICK HERE TO RETURN TO THE BLOG HOP & OTHER SECRET CRAVINGS AUTHORS.

ELAINE RACO CHASE IS CONTRIBUTING TO THIS CHARITY DRIVE, TOO. PLEASE CHECK OUT HER BOOK, AT A SPECIAL PRICE FOR THE HOP, $1.99. SHE WILL DONATE PART OF THE PROCEEDS TO WOUNDED WARRIORS. CLICK HERE.
CLICK HERE FOR MY WEBSITE.
Posted by Jean Joachim at 4:03 PM 42 comments:


Today I'm pleased to have Lindsay Downs as a guest. I'm a fan and looking forward to hearing about his new book. I've got the coffee right here, Lindsay, and the croissants are over there. Please help yourself. I just adore your cover! Now let's hear about the book. 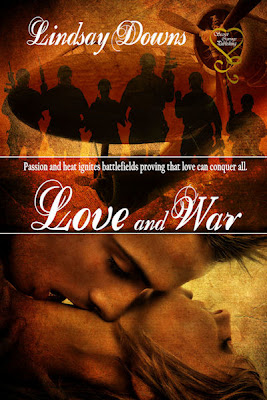 Thank you for having me guest on your blog today so I can talk about my upcoming release, Love and War-A Trilogy of Wartime Romances. Between 2006 and 2008 I wrote these stories, two set in WWII while the last in 1968 Vietnam.
Over the next few years I tried to sell them individually but didn’t get any takers, so they have languished on my computer. When I heard Secret Cravings Publisher was looking for military romance I knew they’d found a home.
The book, in eBook format, is scheduled for release within the next few weeks. To find out when it’s available check my Facebook wall and a few of the groups I’m part of.
A Bit About the Book:


Simone - Returning to Occupied France in advance of the allied invasion leaves no time for love between Sergeant Brian Deveneau and Simone. War tears apart lives and love. Will they survive?
Rescued - Injured Ensign Steve Henry awakens from severe wounds to the tender care of Lieutenant Suzanne Cunningham. Attraction explodes between them but will war tear them apart in the end?
Angel in Green - Never expecting to find love, 1st Lieutenant Elena Roberts must put aside her feelings for 2nd Lieutenant Steve Johnson. When her hospital is overrun by North Vietnamese soldier's, she must guard not only her heart from the handsome solider, but keep him alive as well. 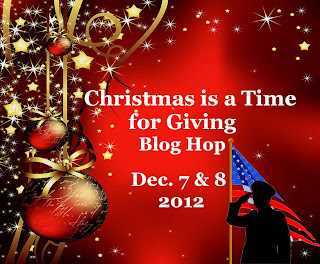 From Dec 7 to 8 I will be taking part in a blog hop to benefit the Wounded Warrior Project. Following the event I will be giving a copy, Kindle, Nook or PDF, to one lucky commenter. 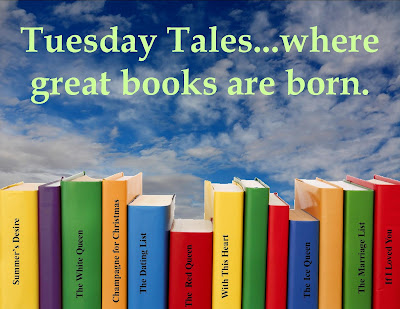 This is a continuation of last week's story, the WIP prequel to IF I LOVED YOU. This week it has acquired a name! OUT OF MY DREAMS AND INTO MY HEART. Penny and Mark are still at dinner with Darvin and Tiffany. Things are heating up between Mark and Darvin. 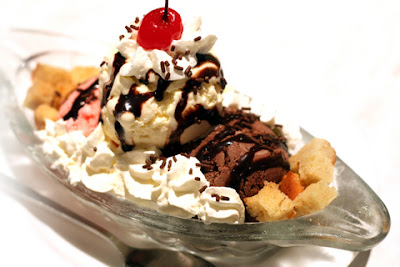 “When I want your opinion, I’ll give it to you,” Darvin spit back.
“In a test of wits, Sweets, you come up empty…so, bring it on.” Mark silently thanked his twin sister, Megan, for tutoring him in college, forcing him to learn.
“I’ll wipe the floor with you, Davis,” Sweetwater growled.
“Not if it’s a game of intelligence.”
“Come on, baby. Don’t get upset. Let’s get outta here, Darvin. Why don’t you come to my place for…uh…dessert?”  Tiffany cooed, placing her hands around Darvin’s huge biceps.
Darvin looked at Tiffany, then at Penny.
“You want to come along and make it a threesome?” He licked his lips as his gaze raked over Penny’s body.
“Uh…not really.  Not my thing. Don’t worry about me. I’ll grab a cab home,” Penny said.
“I can drive you home,” Mark piped up.
“It’s okay. Really.” Mark detected a nervous tone in her voice and he cursed silently. Shit. She thinks I’m gonna jump her in the car. Attack her like Darvin would. I’m nothing like him.
Darvin narrowed his eyes and a slow, evil grin played at his lips. “Fine, Penny, if that’s what you want. Leave Davis here by himself. Let’s go, Tiffany.” Darvin stood up, reached into his back pocket and pulled out his wallet. He dropped two hundred dollar bills on the table then handed a twenty to Penny.
“Here’s for your cab. You’re one hot chick.” Darvin and Tiffany stood up together. “I’ll see you on the playing field, Davis. Better watch your back…bro.” Sweetwater laughed as he and Tiffany left the restaurant.
Penny twirled the twenty dollar bill in her hand. Her gaze dropped to her hands then up to her water glass. She folded, unfolded and refolded the bill.
Oh my God. She’s afraid of me.
“Hey, look. Do whatever makes you comfortable,” Mark said, resting his hand on hers lightly for only a moment.
She jumped, fear evident in her eyes. 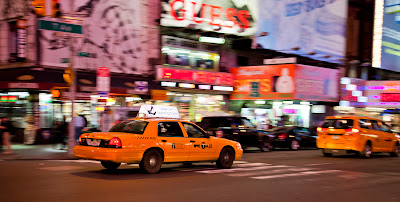 “I’m not going to hurt you, try to take advantage of you…anything. I’m a regular guy. I’ve got a twin sister. I like women, respect ‘em.”
Penny continued to twist the twenty in her hands. “I’d better go.”
“If that’s what you want. But I’m going to have another cup of coffee and I was considering dessert.”
Penny turned frightened eyes on him as she began to stand up.
Make her feel safe, you idiot!
“No, no, I mean real dessert. I hear they have great hot fudge here. How about splitting a hot fudge sundae with me? Three scoops – all your choice. Or you can catch a taxi if that makes you feel safer.”
Penny sat down and blew out a breath. “I love hot fudge. How did you know?”
“Everybody loves hot fudge, especially me.” He smiled at her and signaled to the waitress who came over right away. She rattled off six flavors of ice cream.
“You choose,” Mark said, gesturing to her with his hand. “I like ‘em all.”
“Hmm, let’s see. Mint chip for sure, vanilla and how about coffee?” She turned to look at Mark.
“Sounds good to me. Whipped cream and two cherries, please.”