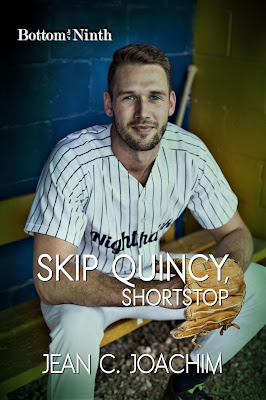 MEET SKIP QUINCY, SHORTSTOP for the  New York Nighthawks. While this is book 6 in the Bottom of the Ninth series, it is a stand-alone read. 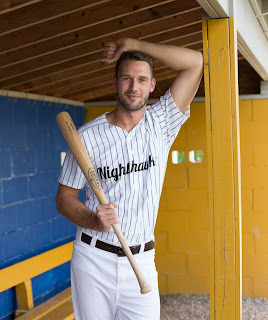 One minute ten-year-old Skip Quincy was riding in the backseat of his parents’ car, the next, he woke up in Little Angels orphanage. Within six months, he was adopted. He was welcomed by Mrs. Quincy, the woman he learned to call “mom”, but Mr. Quincy wasn’t a fan.
Athletically gifted early on, Skip pursued baseball. He loved the sport and excelled, despite his indifferent dad. Driven to succeed to prove his father wrong, Skip worked hard. Under the guidance of his beloved high school coach, he won the coveted, challenging position of shortstop.   Though plagued by self-doubt, Skip made it to the Nighthawks. He focused on baseball and relied on brief encounters with groupies as a substitute for love. When two women entered his life, satisfaction with one-night stands faded. Mimi or Francie? Could either one give him the love and acceptance he’d never had? 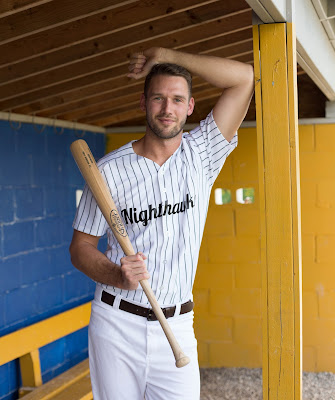 Skip, Bobby, Jake, and Nat donned sweats and headed for the field. They loped along, staying in a group until they’d done the warm-up, then they headed inside to pump iron. Skip loved the challenge of the weight room. He was reduced to adding reps, because Vic wouldn’t let him take a heavier weight. To avoid pulled muscles, the trainer insisted they stretch before working out.“Keep going. Push yourselves, just a bit. One more rep. Two more. But no pulled muscles!”Sweat soaked Skip’s T-shirt. He stopped to down a bottle of water, then jumped on the bike for cardio. Feeling his body perform, work, stretch, and grow stronger stoked his fire. Each session readied him more and more for the contest with the Washington, D.C., Wolverines. Playoffs were next week. He’d be ready.The men took a break. There was a buffet spread for lunch in the dining hall. Bobby got behind Skip in line.“What happened to that Banner chick? You didn’t bring her last night.”“Right. I’m taking her out tonight.”“Big night?” Bobby nudged him in the ribs and wiggled his eyebrows.“None of your beeswax, jerkoff.”“Just thinkin’ it might be nice if you got a little, for a change.”“I’m gettin’ plenty.”“Yeah? From who?” Bobby picked up a plate.“None of your damn business.”“Not from Francie?” Bobby’s voice rose.“No way. I keep tellin’ you, she’s like my little sister.” Skip speared a piece of ham and put it on his dish.“Good. Leave her alone.”“Says you?”“Yeah. She’s too nice for you.”“Fuck off. I’ll go out with whoever I want.”“She’s got enough problems, without you messing up her head with your dick.”“That’s weird, buddy. What you just said? Very weird.”“You know what I mean.” 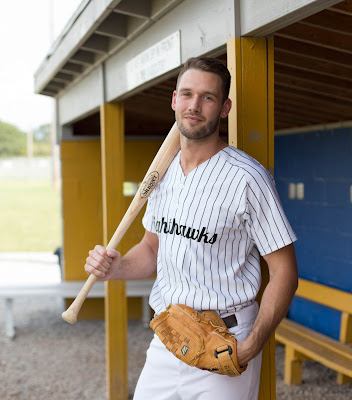 Dan swiveled and fired at Bobby, who was between first and second. Skip ran to second, anchoring himself with his back foot up against the bag, and stretching out toward the second baseman with his other one. Bobby tossed it to Skip, who bent down and tagged Weeks’ right foot as he slid into base. The bastard raised his left foot, aiming his cleats at Skip’s back leg, but the shortstop dove forward, into the dirt, bending his back leg at the knee, barely avoiding the spikes. And he kept hold of the ball, nestled snugly in his glove.

“Out!” The umpire called, making a fist and pumping it toward the ground.Weeks jumped up and immediately argued with the umpire. Skip smiled and loped toward the dugout. He knew he’d tagged him before hitting the ground. One glance at the Jumbotron, which showed a replay, and Skip shook his head, his grin widening. Eddie Weeks, once an asshole, always an asshole. Skip hit the dugout and nabbed a bottle of water, downing it in almost one gulp.Cal Crowley sidled up to him. With one nod and a pat on the shoulder, the manager said, “Way to go, Skip.”“Thanks.”After several teammates high-fived him, he sat down, waiting his turn to bat. Nat was up first, then Bobby, who was in the on-deck circle. Skip couldn’t wait. Confidence flowed through him. This was going to be his game. He felt it, in his bones. All the weeks, months, and years of endless practice would come together on this field, starting today.He stood up, walked to the front of the dugout, and glanced at the stands. The seat he’d bought for Mimi Banner was empty. Swinging his gaze to the left, he spied Francie Whitman, sitting next to Elena Delgado. That was all he needed to know. 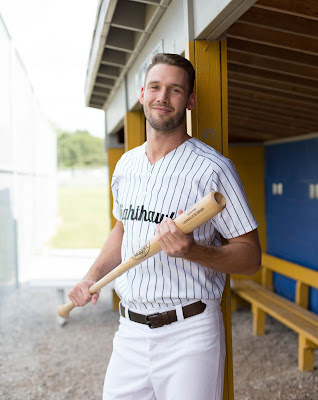 Glancing up, he spied Mimi, hesitating at the front of the restaurant. She wore a low-cut black dress. His gaze zeroed in on her chest. He marveled that such a petite woman could have such large breasts. He wondered if they looked bigger because she was so tiny. When he finally looked up at her face, he frowned. She looked lost. Skip raised his hand to catch her eye.She smiled and headed for his table. He rose and pulled out her chair. She smoothed her skirt over her thighs and sat down.“No one’s done that for me in a long time,” she said.“Rowley didn’t pull out your chair?”She shook her head.“You were his wife.”“Didn’t seem to make much difference.”“Don’t mean to speak ill of the dead, but he must have been kinda stupid.”“Thanks.” She shot him a warm smile.The conversation was going exactly where he wanted. He needed to come off as a thousand times better than her dead husband if he wanted to warm her bed. Soft, brown curly hair caressed her shoulders. He wanted to touch it but suspected she was skittish and would freak out if he reached across the table to comb his fingers through her locks.Rowley had smacked her around and been suspended, and eventually fired, for it—and for steroid usage. According to the coroner, steroids had caused the heart attack that killed him.“You must miss Rowley,” Skip said, signaling for the waiter. “What do you want to drink?”“Just ginger ale.”Skip raised his eyebrows. “I have a game, but you have no reason to avoid a drink.”“I stopped drinking two years ago.”“Why?”“Alcohol made Rowley more violent. I needed to stay sober to keep my wits about me when he was drinking. It just became a habit.”Switching to her choice, Skip ordered two ginger ales. He couldn’t imagine what it was like to be chained to a guy like Banner.“Makes sense. Are you hungry? All the food here is good. Trust me. I’ve eaten everything on the menu.”“All at once?” she asked with a twinkle in her eye.

Buy the ebook or paperback here:

BARNES & NOBLE PAPERBACK
Posted by Jean Joachim at 7:45 AM No comments: