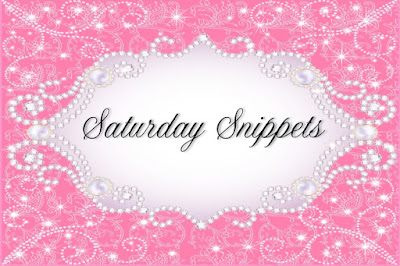 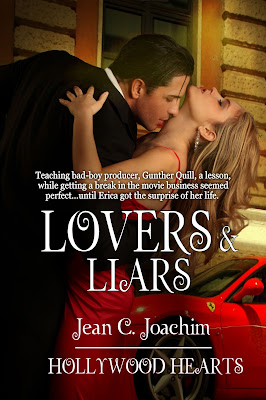 This week, I'm offering a tantalizing excerpt from one of my favorite books. Shhh. Don't tell the others. This book was a challenge to write in a different way. Gunther Quill had been a bad guy two books ahead of this one. But I promised to write his story and when it was done, it had become one I adored. Still do.

So I'm happy to share this piece of Lovers & Liars with you. Here you go:


For her new job, Erica was being forced to live with one of the biggest lies of her life, and she was damned uncomfortable about it. Amy, her roommate and Quill’s former assistant, had convinced Erica to lie on her resume, claiming she had graduated from an Ivy League college. In the interview, Erica had convinced Gunther that she had no interest in acting, even though a career as an actress was her heart’s desire, and she had talent.
He was adamant about not hiring someone who would use him as a stepping stone. Which is exactly what I plan to do. She remembered Amy quoting him—‘I’m not paying someone to use my contacts to build their career. I’m paying them to be my assistant. That’s all!’
Amy had convinced Erica that Quill was a bad guy, a mean slave driver who deserved to be duped. Erica had no cash, no connections, and no way to get her foot in the door. Until now.
Lying wasn’t her style. Her late mother had often said her daughter was too truthful for her own good. But her inability to find work had made her desperate. Amy was moving out soon. Erica had to earn money fast or be thrown out on the street. Gunther Quill was her only chance. When she got the job, humiliation and shame had filled her heart, along with relief. Thank God Mom isn’t here to see this.
Amy gloated over her plan to trick Quill, saying Erica could pull it off because she was such a good actress. But on her first day, the butterflies in her stomach felt more like snakes, and her underarms grew damp. What’s the difference between acting and lying? Acting is lying on the stage, right? Then this is just lying?
Unlike a little white lie about liking a friend’s ugly new dress, this was big time lying that could have serious consequences. What if he catches on? I’m fired. If I lose this job... Erica couldn’t bear to think about what might happen. Maybe if I work really hard, I can keep the job. I just need one break.
The sound of her sensible shoes on the pavement beat a rhythm. Take it, take it, take it. This is your chance. Your one chance to make it. You have to take it. Work hard. I can’t go home. She took a deep breath as she pushed through the doors of the office building, entered the elevator, and hit the button for the tenth floor. Now to face Amy’s monster, Gunther Quill.
But he hadn’t appeared to be a monster to Erica when she’d interviewed with him. One look at the man had sent a sizzle through her body. Dark hair with a few gray ones at his temples, and dark eyes that left a burn wherever they stared, took her breath away. He was tall, lean, and sexy as hell.
She had been expecting a hulking figure of a man, with giant eyebrows, a fierce scowl, and dirty fingernails. Maybe drooling. She had been taken off guard by the gorgeous, impatient man firing questions at her.


Erica gritted her teeth, preparing herself to deceive the devastatingly attractive Gunther Quill and make a connection with a casting director to secure herself a movie role. Her breath hitched in her throat when she eyed the door. The sign read Gunther Quill Productions in large brass letters. She gripped the handle, took one more deep breath, and pulled it open.

If you want to read more, you'll find it in ebook and paperback here, just click on the name of the site to go to the link:

PAPERBACK
Posted by Jean Joachim at 8:22 AM No comments: