Saturday, Now and Forever, Callie's Story goes free for three days on Amazon!
Before you read that prequel, read the first chapter of Now and Forever 1, a Love Story. It will be here for free this weekend. 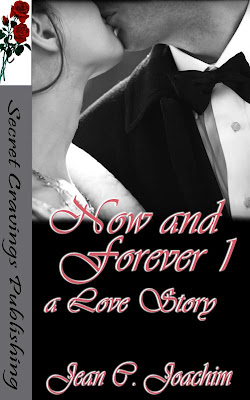 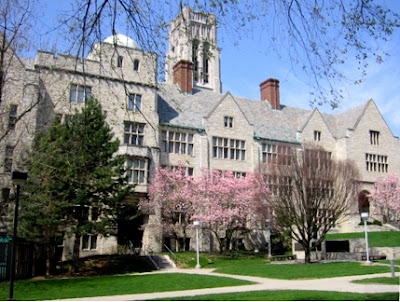 Drop in on a class. 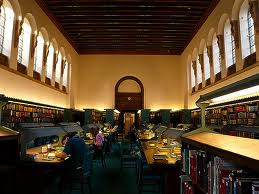 Visit the library where Callie is doing research for a paper for her Master's Degree. 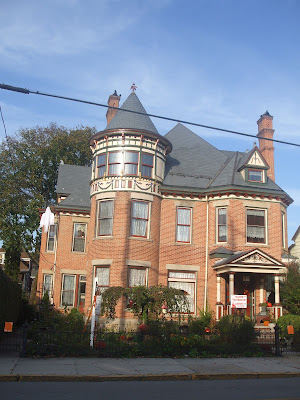 Poke your head in the dean's office and meet Mac Caldwell, our hero and Eliza Baines, heroine of Now and Forever 2, the Book of Danny. But, hey, her day is coming. 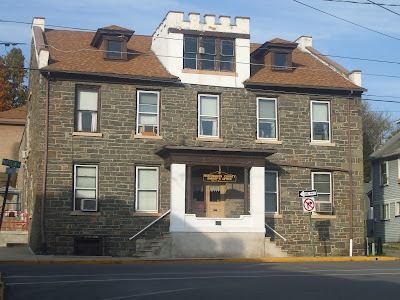 Oops, got a parking ticket! Must be some mistake. Clear it up at here at the police station. Ask for Dave Williams, the police chief. He's a friend of mine. 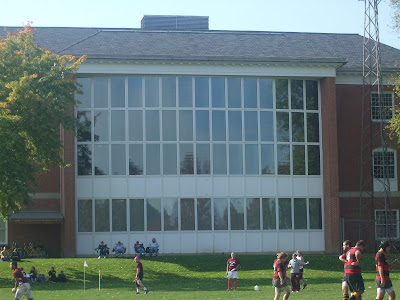 
Now and Forever 1, a Love Story is available in ebook AND paperback!

Join us with Lucy Felthouse 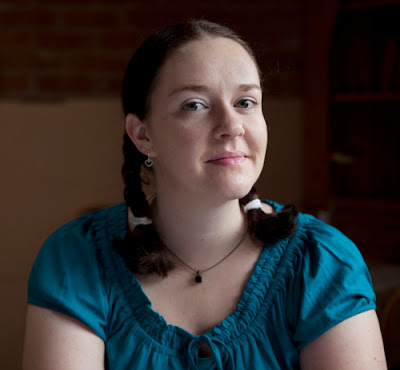 and meet  DAMIEN, FROM OFF THE SHELF
1.   Are you upset your name is not in the title?
No, not at all. The title is there to sum up the story, not me!
2.     Is your  love interest the way you pictured him or her? Or would you have preferred someone with a different hair color.
Well, considering that Annalise came along when I least expected it, I didn't have anything to picture. She took me utterly by surprise and now I can't imagine life without her.
3.     Do you have any annoying habits your author did not share with us in your book?
Oh yes, lots. I don't think Off the Shelf had too much background on me as it basically just tells the story of how Annalise and I met and finally got it together. Though I don't think it would have been very romantic to divulge how I leave the toilet seat up, would it? ;)
4.     Do you have siblings? Are you close to them?
I do. I have a sister and a brother. They're both older than me, and yes, we’re fairly close. Of course we all live our own lives and don't see each other as often as we should, but we're always there for one another when we need it.
5.     Any hobbies we might be interested in knowing about?
Some of my interests were divulged in Off the Shelf, for example my love of books and travel. However, I also adore the outdoors and photography, though I was actually a professional photographer, so it's a little more than a hobby!
6.     Are you happy with the profession your author chose for you or would you rather be working at something totally different and why?
What, working in a book shop?! Are you kidding? I love books. I have to confess though, the job itself can be pretty dull at times, but I'm just lucky that when we're quiet I can go grab a book off the shelf and lose myself in it for a little while. Honestly, though, I’d love to go back to professional photography at some point, but it's tough in the current economic climate.
7.     Would you like to be taller, blonder, thinner or smarter than you have been portrayed?
I'd like to be taller and more muscular, I guess. But it would seem that Annalise likes me just as I am, so I'm certainly not complaining. I'm a lucky man!
8.     Are you planning to make an appearance in a sequel? If not are you unhappy about that?
When it comes to Lucy, never say never. She often writes stories and thinks that's the end of it, but then the characters decide they'd like more of their story to be told and nag her until she writes them. There's definitely potential for more of mine and Annalise's story to be told, so watch this space. 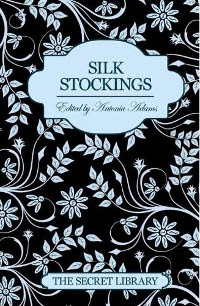 9.     Now for a personal question. Is there enough sex in the book for you? Would you have liked more?
I would, but I can see why there wasn't tons of sex. The story is about how Annalise and I met, started dating and finally got together. Given we met in a very public place – an airport –  we weren't in a position to jump on one another straight away. Plus I'm just not that kind of guy. I wasn't sure for ages if Annalise even liked me as more than a friend. So it took us a little while to get to that stage, but she was definitely worth the wait!
10.  Did you author handle your “love” scenes the way you like or was she too explicit or not explicit enough?
I think she was about as explicit as it gets, to be honest! I'm just glad she was so flattering in her descriptions of me – phew!
11.  Is your hero/heroine a good kisser?
Annalise is an amazing kisser. When we kissed for the first time it was incredible because we'd been pussy-footing around one another for so long. But I'm happy to report that it's been just as awesome every time we've kissed since!
12.  Are you happy with the setting? Did you want a bigger house or car?
Who doesn't want a bigger house or better car? But it's how we live, so Lucy wrote it realistically. Who knows, maybe when I get back into photography I can start earning a decent living and can trade up!
13.  How many re-writes did you have to live through?
I didn’t. There were sections of the story that Lucy re-wrote, but they weren't the parts with me in them. She obviously liked me just as I was. *blushes*
14.  Did your author listen to you when you tried to redirect her/him?
Oh, I wouldn't do that. I'm a shy guy, and without Lucy I wouldn't even exist, so I'm not about to tell her what to do, am I?
15.  Did your story end too soon?
Yes and no. It had the perfect ending for what it was – a novella length piece of work. But as I said before, there's lots more to say about myself and Annalise, so I'm hoping we'll be allowed another outing at some point!
16.  Did you get enough time in the story or do you feel shortchanged?
Since the story is told from Annalise's perspective, I wasn't in it all the way through, except perhaps in her thoughts. But I don't feel shortchanged – it was Annalise's story, and I'm just the guy who was lucky enough to be in it with her!
17.  Who was your favorite supporting character?
I don't think there is one, really. Annalise and I are the main characters in our story, except for the guy that was flirting with her in Portugal. I couldn't believe it when I found out she turned him down because she liked me!
18.  Do you want your story to become a series with you as a recurring character?
Who wouldn’t? Maybe if Annalise and I went on a series of adventures, Lucy could write about them. But other than that, I'm just an ordinary guy with an ordinary life, so I'm not sure I'd warrant an entire series of books.
19.  Were you happy with your wardrobe?
Absolutely. I'm no fashion victim, though admittedly I do dress better now Annalise has been telling me what she thinks I look nice in, and what I don't.
20.  Did you fight much with your author or did you two see eye-to-eye?
As I said earlier, I'm a pretty shy guy, and I'm laid back, so I let Lucy get on with it and do her thing. I'm very happy with how things turned out, though. I got the girl, didn't I?!
*****

At 35, travel writer Annalise is fed up with insensitive comments about being left on the shelf. It’s not as if she doesn’t want a man, but her busy career doesn’t leave her much time for relationships. Sexy liaisons with passing acquaintances give Annalise physical satisfaction, but she needs more than that. She wants a man who will satisfy her mind as well as her body. But where will she find someone like that? It seems Annalise may be in luck when a new member of staff starts working in the bookshop at the airport she regularly travels through. Damien appears to tick all the boxes; he’s gorgeous, funny and intelligent, and he shares Annalise’s love of books and travel. The trouble is, Damien’s shy and Annalise is terrified of rejection. Can they overcome their fears and admit their feelings, or are they doomed to remain on the shelf?
More info, excerpt and buy links click HERE
*****
Lucy is a graduate of the University of Derby, where she studied Creative Writing. During her first year, she was dared to write an erotic story - so she did. It went down a storm and she's never looked back. Lucy has had stories published by Cleis Press, Constable and Robinson, House of Erotica, Noble Romance, Ravenous Romance, Resplendence Publishing, Summerhouse Publishing, Sweetmeats Press and Xcite Books. She is also the editor of Uniform Behaviour and Seducing the Myth. Find out more at Lucy's WEBSITE. Join her on Facebook and Twitter, and subscribe to her newsletter at: http://eepurl.com/gMQb9
Posted by Jean Joachim at 8:47 PM 4 comments:

Welcome and thank you for visiting. Tuesday Tales - word prompt is flowers of your choice.  I chose lilacs. This is a snippet from my WIP called, "If I Loved You". Megan had her first business dinner with devastatingly handsome movie star, Chas Duncan.

Tuesday night, Megan kept Andy, they worked until nine o’clock to get the plan perfect for Chaz the next day. She dragged herself home, exhausted. After tossing her keys in the silver bowl, Megan toed off her shoes, removed her jacket and padded into the kitchen for a glass of wine. She carried the wine back to the living room as she checked her cell phone. Five messages from Penny. She dialed her sister-in-law.

“What’s up?” Megan plopped down on the sofa, stifling a yawn.
“Tomorrow is your second date with Chaz. Figured we needed to talk about what you’re wearing.”
“It’s business, Penny. I’ll be wearing one of the new suits we bought together. Remember those?”
“And what top? Which earrings? Are you wearing a scarf? Don’t forget the new perfume.”
“Lilacs? I know. I bought a small bottle to keep in my desk.”
“Good girl! You’re getting it. You never told me how your date…er, your first dinner with Chaz went. Mark is watching game footage so I have time.”
Megan put her feet up on the coffee table.
“Nothing to tell. I closed the business, that’s all.”
“Yeah, right, dinner with Chaz Duncan is nothing. Whenever you’ve clammed up about a guy before, I always knew it was because you liked him…a lot. So give.”
“There’s nothing to tell. Just dinner, business talk and then he dropped me home.”
“Baloney.”
“Honestly…” Megan sat back on the sofa.
“Not even a kiss goodnight?”
There was silence.
“I thought so. Come on…it’s me, Penny, here.”
“Okay, okay, one kiss. When he said we had the business…”
“One kiss?”
“Maybe…two. Two…that’s all.” Megan closed her eyes.
“Hmm. Two kisses? More than ‘thank you’ going on there.”
Penny dissolved into giggles on the other end of the phone.
“Oh and a screen kiss. But that doesn’t count because it’s not like a kiss at all.”
“Really? Does it involve touching lips? Then it’s a kiss and it counts. Three. We’re up to three and counting.”
“That's absolutely everything.”


Check out my books on my WEBSITE.
Posted by Jean Joachim at 11:29 PM 4 comments: