RAMBLINGS OF A ROAD TRIPPER 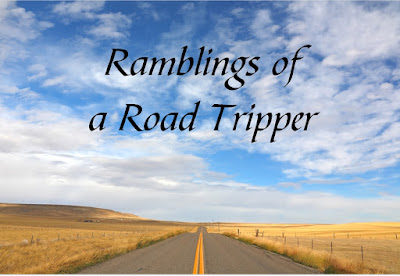 UPDATE! The winning state is Montana -- but there were two runner up states. We saw license plates from Florida, second place - and Wisconsin, third place for distance.

New neighborhood road trip next time. Thanks for stopping by.

Since I don't intend to be on the road, driving, in the winter weather, I'm adding a subgenre to my road trip posts: road tripping in New York City. Even though I'm a native --born and bred heree, there are so many places I haven't been. 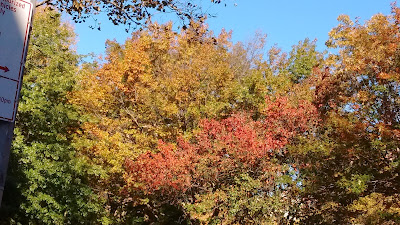 I will be making forays into new places by subway. That's right, getting off at a stop that's brand new to me, poking around the neighborhood, eating lunch and reporting back on what I've found --complete with my own pictures. Here are some I've taken today, at the Museum of Natural History --down the block from me. 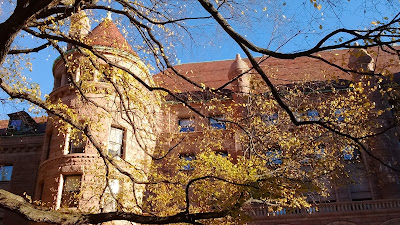 To kick this off, this week I'm posting about those who are road-tripping TO New York City for the marathon.
I'm going to be checking out my block to find the car that's traveled the farthest. Today I did see a Delaware license plate and a Maryland one. But they're small potatoes. The winner is...drum roll please: 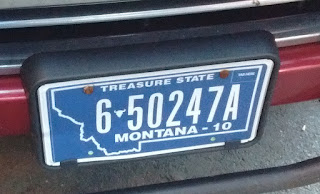 MONTANA! Parked right on my block.
Tourists are clogging the city. Central Park was mobbed yesterday afternoon. It's impossible to walk down the sidewalk without making way for runners, preparing for the marathon. 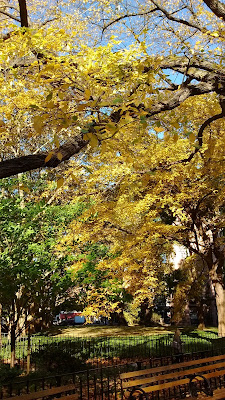 I shouldn't complain. The marathon brings a ton of revenue to the city. So, yes, welcome, you out-of-towners, and don't forget your credit cards.
I won't be trying to get into my favorite restaurant. I'll be content to stay inside and hawk the street looking for the rarest license plate --one that's traveled farther than Montana. 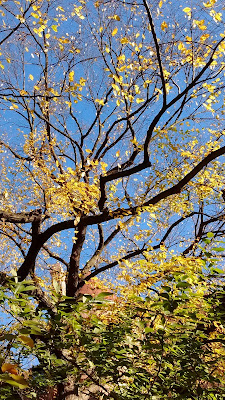 And taking pictures of our glorious fall trees.
Watch for my post on Sunday with the final count on the car that came the longest way to my fair city.

Thanks for stopping by.

My website
Posted by Jean Joachim at 10:54 AM No comments: 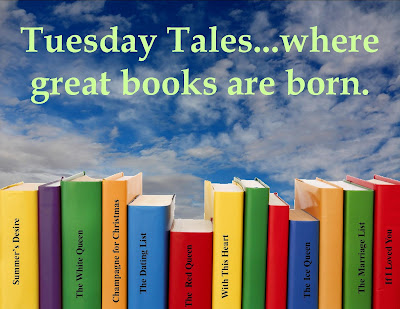 Welcome! This week I continue with Bullhorn Brodsky's story. Thanks for coming. Don't forget to check out the fantastic stories on Tuesday Tales, use the link below.

The waiter seated them at a table in the corner. The furniture was bamboo with green and white print tablecloths depicting all sorts of plants. There were huge potted palms and other flora decorating the restaurant. Bull like the atmosphere, almost like a tropical rain forest.
They ordered raspberry iced tea and a plate of hearts of palm and olives as an appetizer. 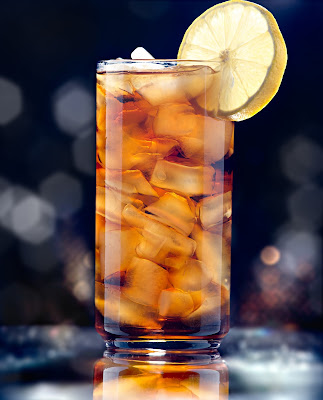 Samantha picked up the dish with the gold sun design in the center. “I don’t have dishes. So much to buy. I forgot how expensive it is to set up an apartment.” She sighed.
“Let me help you. I can give you whatever you need.”
She took his hand. “I can’t do that Sly. The point of moving out of my brother’s house was to be independent.”
“Okay, so call it a loan. You can pay me back, uh…never. How’s that?”
She smiled at him. “That’s so sweet. I just can’t. The director at the shelter is having surgery She asked me to take over while she recuperates. It’s only part-time, but that extra income along with my job at the Kings should do it.”
“You’ll be working all the time. When will we get a chance to hang out?”
He raised her hand to his lips.
“I’ll still have time for you.”
He gazed into her eyes and caught a glimpse of something warm. Was it desire? His heart beat a little faster.
“I’ve never been to a place like this. Do you know anything about this kind of food?” He asked, his brow furrowed as he read the menu.
“A little. I see those sweet potato fries,” she said, arching her eyebrows as she studied the offerings.
“I’ll have those. What else?”
“A veggie burger?”
“With enough catsup, you can eat anything,” he said, but his voice didn’t ring confident.
Sam laughed.
They placed their orders, two veggie burgers and two sweet potato fries.
While they waited for their food, Sam sipped her drink.
Bull took her small hand between his. “What did you do before you worked for The Kings?” 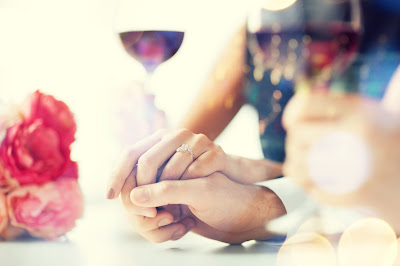 “I worked in a small fashion boutique.”
“I can believe it.”
“What does that mean?” She raised her eyebrows.
“I mean, you dress real nice. Beautiful. I can see you working in fashion.”
“Oh. Thanks.” She looked down at their hands entwined.
He stroked the back of her hand with his thumb. “You don’t think I’d say something nasty, do you?”
“I’m still wondering why my brother doesn’t like you.”
Sly sensed his face heating. “It’s just guy crap. You know we say stuff. Stuff about women. It doesn’t mean anything. I mean I’d never say anything like that about you.”
“Did you say stuff about old girlfriends?”
He shook his head. “Most guys just make stuff up.”
“So you’re saying you’re a liar?” 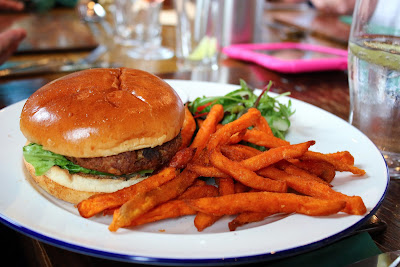 The waiter arrived with their food, interrupting their conversation. Bull shifted in his seat, looking for a way to change the subject.
When the waiter left, she raised her eyebrows at him. “So?”
“It’s not lying, exactly. Guys exaggerate.” He loaded a third of the catsup jar onto his burger.
“Devon doesn’t do that, does he?”
Sly laughed. “Oh yeah? If he doesn’t, then he’s been dating a couple of female gymnasts,” he chuckled.
Samantha’s face reddened as she turned her attention to her food. They ate in silence for a while. He wolfed down the fries, then attacked the burger.
Change the subject, muscle head.
“Movie tonight?”

Thank you for coming. Come back next week for another installment.
Back to Tuesday Tales

My website
Posted by Jean Joachim at 7:41 AM No comments: