THE STORY BEHIND THE BOOK - UNPREDICTABLE LOVE 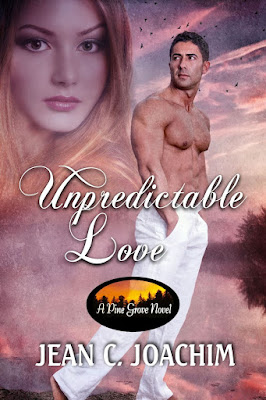 I'm starting out with a bit of the beginning of the book before I talk about the inspiration for the story:

Anger bubbled up inside her. She made a beeline for the house, only to collide with her sister.
“Amber! What the hell?” She waved the envelope in the young woman’s face.
“I just sent him one letter.”
“This is the fourth you’ve gotten from him. When are you going to write back?”
“It was a mistake…”
“You can say that again. Especially the part where you signed my name!”
“Laura was so convincing. I thought she meant one time. Only one letter.”
“She asked people to sign up to write to guys in the military. Not to write only one letter and include a lewd photo.”
“It wasn’t lewd, whatever that means. Just me in a bikini. I’m not good at writing. Much better at pictures.” Her beautiful, blonde sister, with a Miss America figure, grinned.
“And the reason you signed my name?”
“I always liked yours better. Besides, if he wanted another letter, I knew you’d write it for me. So, it might as well have your name on it.”
“Don’t give me that bullshit smile. I’m on to you. And the answer is ‘no.’” Jory shoved the envelope from T. Stevens into Amber’s hand.
“Please? Pleeeaassseee, Jory. You’re the writer. Not me.”
“That’s right. You’re the pretty sister, and I’m the smart one.”
Amber nodded. “I don’t mean it like that. You’re so much better than me.”
“Than I.” 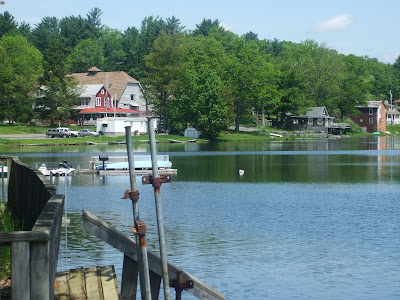 I've always been intrigued by stories of mistaken identity, and movies, like Hitchcock's North by Northwest and Vertigo. Mistaken identity creates conflict, tension, and suspense.
I'm not sure where the idea of the penpal in the military came from. After some time had passed, the "what if" was born. If you know me, you know that most of my books are born out of that question, "what if..."
I said, "what if the Marine is writing to one woman, only to  discover later that his correspondent is actually someone else?" That idea grew until it switched gears.
It became the woman's story. What if Jory gets involved with this Marine and panics when she realizes he's in love with the woman in the picture, her sister!
I loved that premise. It lived in the back of my consciousness and became fleshed out with conflict and suspense, while I wrote other books.
Finally, the story, brewing inside me for at least one year, was "cooked" and ready to be written. Unpredictable Love pushed aside the book I was working on and demanded my attention. I threw myself into writing it, desperate to get it all on paper as fast as possible.
One note: the Aunt Nan and Uncle Ben are the real names of two of my favorite aunts and uncles. I was very close to them and took care of my aunt in the later years of her life. I never use real names, but wanted to this time. I will be dedicating the book to them as well.
This is the first in my small town contemporary romance series, called "Pine Grove".  It's a novella and up for preorder now. It will be releasing on May first.
I hope the story grips your guts the way it gripped mine. Thanks for stopping by. Here's where you can order the ebook and the paperback:

Posted by Jean Joachim at 1:03 PM No comments: